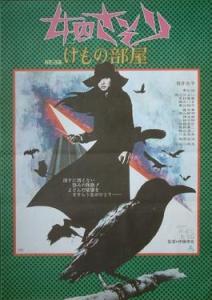 END_OF_DOCUMENT_TOKEN_TO_BE_REPLACED

challenge: at the end of the first film in each, Meiko Kaji’s protagonist has found her revenge, so how will the series continue? I suspected Female Prisoner Scorpion: Jailhouse 41 (1972) might be a sequel in name only, starring Kaji and her titular, vengeful protagonist in a new scenario, rather like the Outlaw films of the 60s. Instead, Jailhouse 41 picks up where the first film left off, with a brutal reminder that Scorpion’s vengeance is not complete: the prison warden yet lives.

END_OF_DOCUMENT_TOKEN_TO_BE_REPLACED

Watching the first Lady Snowblood, I found it a fun, throwback exploitation movie with a

satisfying take on the rampage of revenge trope. It was also my introduction to Meiko Kaji, an ice cold chanbara beauty, categorically not playing a damsel in distress or love interest; in other words, playing a role quite unlike most Japanese women on film. There was something indirectly subversive about a woman slicing through the gang who’d wronged her family, and in Lady Snowblood 2: Love Song of Vengeance (1974), I was looking forward to seeing that subversive streak taken a step further.

END_OF_DOCUMENT_TOKEN_TO_BE_REPLACED

I’ve said it repeatedly already, but it’s still relevant: beyond just wanting to widen my 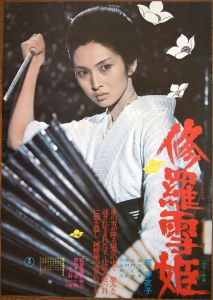 horizons on Japanese cinema, one of the main reasons I want to watch films from the ’50s, ’60s, and ’70s is their outsized influence on later filmmakers. Quentin Tarantino is outspoken on the influence Japanese cinema has had on his pictures, with Kill Bill in particular owing much to Lady Snowblood (1973).