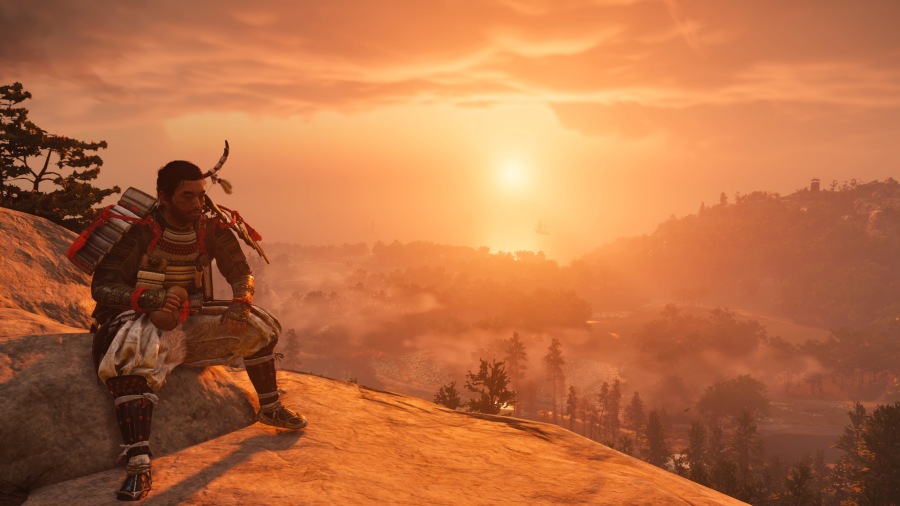 Barring any late-breaking delays – and really, anything could happen with the coronavirus pandemic not going anywhere any time soon – 2020 will be the final year of the PS4. The final year of a platform is often when developers deliver their finest work, able to leverage a whole console generation of technical know-how. This summer just gave us two swansongs in quick succession: Naughty Dog’s gruelling The Last of Us Part II, closely followed by Sucker Punch’s samurai cinema-inspired Ghost of Tsushima.

How closely was Sucker Punch inspired by Japanese cinema? The game includes a “Kurosawa mode”, for which the developer acquired the blessing of the Kurosawa estate, that imitates classic samurai films with a black and white colour palette, increased wind, and audio distortion to create the feeling of playing a ‘50s samurai film. The mode and its name is not without controversy – while some of the director’s most famous films are indeed black and white samurai flicks, he would go on to master vivid colour, including in period films Ran and Kagemusha.

The rest of the game, too, wrestles with what exactly it is trying to be. Is it a historical epic, or samurai exploitation? While Kurosawa’s samurai films are now highly regarded, there’s a solid tradition of pulpier samurai action films from Lone Wolf and Cub to Zatoichi. Tsushima walks a line somewhere in the middle – heavy on sword-fighting action, but lighter on the goofier elements one might expect if the inspiration came more from Kenji Misumi than Akira Kurosawa.

The setting of the game, in the late 13th century during one of the attempted Monogol invasions of Japan, is unusual in that it is considerably earlier than most historical dramas during the samurai period, which tend to take place during the Warring States some two hundred to four hundred years later. Tsushima takes considerable liberties both with the invasion itself and its portrayal of the period.

While some elements are unfamiliar due to the time period – such as the highest ranking local lord being a Jito instead of a Daimyo – others have been massaged to better fit the expected imagery. Swords, of course, feature prominently, and seem to fit the later image of the katana – worn through the belt, cutting edge up. Swords at the time were more likely to be tachi, worn hanging from the belt, cutting edge down. It was actually the Mongol invasions that helped drive the change from one design to the other. Elsewhere, other anachronisms like haiku and the appearance of sake brewing equipment creep in.

The historical rule-bending might upset some purists but is likely to be invisible to most players. Circling back, it is absolutely a game that leans on its cinematic inspirations, but as I play through the early game, the film that comes to mind is not Seven Samurai but The Last Samurai. After all, Tsushima is developed by Seattle-based Sucker Punch. It’s an outsider’s view of Japan, a fan of samurai cinema’s view, but not a historian’s view, and not a Japanese view. Maybe that’s what made relying on the English voiceover soundtrack more palatable – where I’d never abide an English dub of a Japanese film, and avoid it for Japanese games where I can, this was after all a game written with English delivery in mind.

Above all else, though, Ghost of Tsushima is a visual tour de force. I’ll likely revisit the topic once I’ve finished the game, perhaps in a week or two, perhaps longer – but for now, what carries me through the story and the setting is the gorgeous interpretation of Japan.