I think now that I’m thirty, all my heroes are in their 40s or 50s; old enough that I can actually still aspire, rather than compare myself, to them. Toshiro Mifune’s unhinged, trolltastic performance in Seven Samurai is great, sure, but it’s Takashi Shimura’s older, stoic-yet-jolly Kambei who’s my favourite character. He’s the Six Degrees of Kevin Bacon connection to The Bullet Train (1975), where he has a minor role as the head of Japan National Railway. 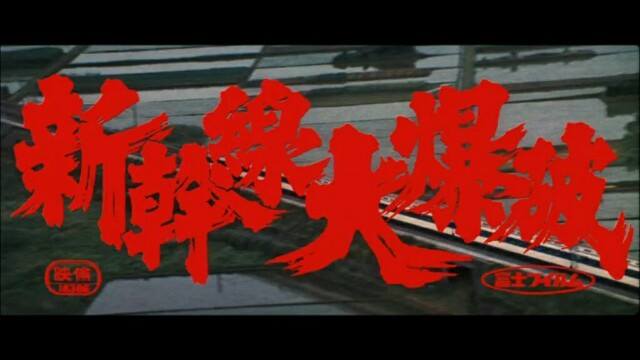 I have no idea when or why I first heard of this; pretty much its only claim to fame seems to be that it is literally the plot of Speed, just with a train, and made 19 years earlier (Wikipedia alleges Speed is based on the mis-remembered plot of a different, non-bomb-related speeding train movie; I find this… suspicious).

This is the first time I’ve seen a movie made and actually set in 1970s Japan (as opposed to The Yakuza Papers, which are made in the 70s but set earlier), which looks weirdly like modern Japan, except it’s dripping with bonus 70s awesomeness. The cars! The trains! The hair! The deeply unflattering portrayal of the incompetent, trigger happy cops and the weirdly patriotic portrayal of National Railway employees! Seriously: at one point a cop slaps a pregnant woman so hard she goes into labour. 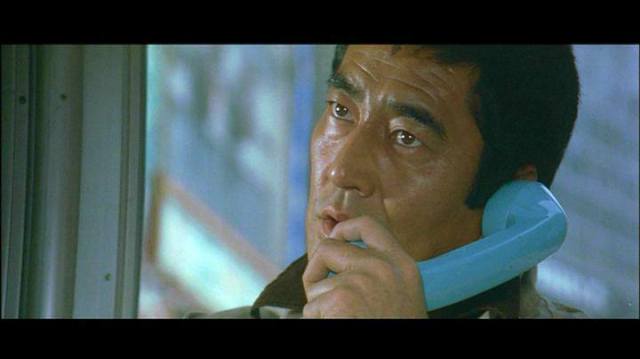 Despite the Japanese title basically being SHINKANSEN BIG EXPLOSION there’s relatively little action. It’s more like a weird heist film, mostly following the bombers and their incredibly elaborate scheme to plant the bomb, demonstrate the bomb on a different train, extort JNR, and avoid line traces and police surveillance as they collect the ransom money. A bizarre amount of time is dedicated to poorly delineated flashbacks (apparently cut from the international versions) that humanise them – they’re basically the only characters who get any characterisation at all, other than the sweaty train driver who keeps his hat, tie and white gloves on through the whole ordeal, and the train traffic control centre (is that a thing?) chief who stresses through various police cock ups. 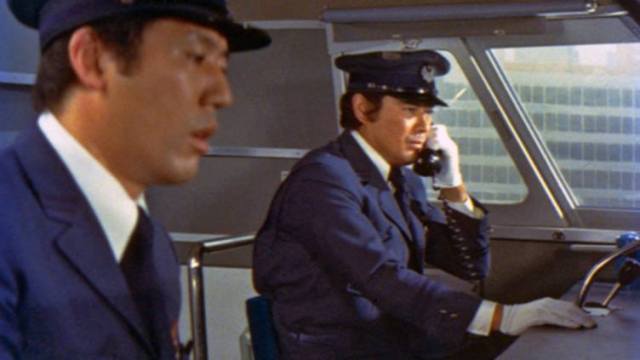 It’s hard to decide what makes the movie tick. I wondered if it was inspired by the Glico-Morinaga case (an elaborate, successful extortion) but that wasn’t until the 80s. The criminals get some humanisation but it’s not like it turns out they were wronged by the train company and the whole thing is perversely justified. I kept waiting for a final act twist that never came. Still, for an oddly conventional thriller that is 100% definitely related to Speed, it’s not a bad window into Japan circa 1975.