This year, I’m spending the month of October celebrating the horror genre with a #31DaysofHorror or #Shocktober-style run of horror films. At the end of the first week I’m a little behind schedule, with an eye on catching up over the weekends, but I’ve 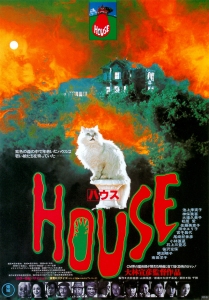 already bagged my first Japanese horror of the season: utterly mad cult classic House (1977), the debut feature film of Nobuhiko Obayashi. Ostensibly a horror film Toho demanded after the success of Jaws in 1975, House (or Hausu, to give it its Japanese pronunciation) is most definitely not a straightforward suspense-horror film akin to the Spielberg movie that triggered its creation. Instead, it’s a completely surreal sequence of events and images that more-or-less tells the story of a gaggle of teenage girls who visit a countryside mansion in Japan before falling prey to the old woman who lives there and the diabolical house itself. Obayashi, who developed a series of experimental films through the 1960s, imbues House with a non-stop cavalcade of visual tricks, weird FX shots, dissonant audio that overwhelms the senses. Rarely good, but never boring, House is the kind of cult film that simply must be seen to be believed.

END_OF_DOCUMENT_TOKEN_TO_BE_REPLACED 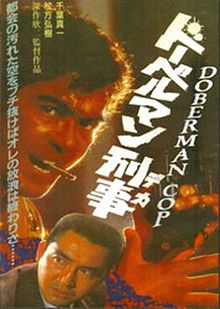